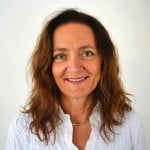 Karin is an IT engineer with 30 years of professional experience and 20 years of leadership experience from large international companies (including Hydro/Yara/Statoil, and EDB/EVRY). Some of the teams reporting to her were multicultural and distributed across several geographic locations.

Karin has lived and worked in several countries (including England, Belgium, France, India, Malaysia, Ukraine, Tanzania), and has participated in many international projects, working closely with people from around the world. She soon developed a strong desire to understand and learn more about other cultures, and for a number of years has conducted systematic interviews with hundreds of people to gather information about the code of conduct and unwritten rules in different cultures.

In 2008 she took the initiative to establish and develop a cultural training for EDB/EVRY, which she has conducted in several countries. Even after Karin left the company, these trainings were in very high demand at EVRY.

In 2011 Karin started her own company, Ellis Culture, to be able to live out her passion of learning about other cultures, in addition to developing and conducting intercultural trainings. She emphasizes that the courses should be practical, job-related and have very specific tips on how to achieve better results; the practical exercises in the courses are taken from her own experience in multicultural environments. Several thousand people have attended her courses, which are most popular in the universities in Norway.

During 24 years in Hydro, Karin gained extensive experience within IT, including IT operation of a global environment, application management, customer relations/key account management, and service development. In Hydro she was an expat outside Norway and worked closely with people from many different cultures.

In the winter of 2011-2012 Karin participated in voluntary work in a village in Tanzania, where she initiated and conducted basic computer courses for underprivileged youths and teachers, on laptops donated from Norway.

In addition to being the Chief Executive Officer of Ellis Culture, Karin Ellis has been the Honorary Consul of Estonia in Bergen since 2014. 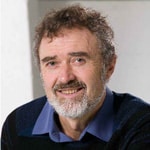 M.Sc with 35 years of various professional experience from research institutes, the construction industry and offshore sector.

Ingvar has experience in leadership, HES, development and the implementation of steering systems in large companies, as well as process oriented control.

He has been a central participant in large organisational improvement projects and has contributed to establishing a training center for leadership and work processes.

Ingvar has been a leader for many analyses (quality revisions) of how internal units and subcontractors function regarding requirements and expectations, and has been head of investigations after several accidents and near-accidents. This combination has given him a good insight into and understanding of how a large organisation works and how  individuals within organisations react to the different steering signals given. This experience has given him a good understanding of how corporate culture is established and why it can disintegrate.

He has worked as facilitator for self-assessment workshops where groups sharing the same work process evaluate the situation of the processes they are responsible for and take the initiative for improvements. He has facilitated many such self assessments both in operational  and management groups onshore and offshore. He has also conducted a number of classes on how to facilitate such self assessments. These assessments have proven to be a simple and effective tool to improve communication, job satisfaction, efficiency and HES.

Ingvar has participated centrally in a number of large organisational development projects, among others a project team with the task of improving the HES level in the offshore operational organisation. The goal was to restore the balance between all requirements and established goals, culture and actual behaviour in operations. This led to the implementation of a major training and development programme for all employees, and later to the establishment of the training center for leadership and work processes . He had a central role in all of these activities.

In the winter of 2011-2012, Ingvar participated in voluntary work where he was involved in the reconstruction of a primary school. 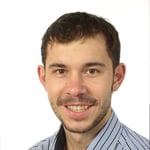 Educated within International Relations, Human Rights and Multiculturalism with working experience from Infopulse Ukraine – a subsidiary of EVRY.

In addition he has studied in Norway at various courses in Norwegian language and culture at the universities of Bergen and Agder, as well as Humanistisk Akademi at Nansenskolen where he studied politics and culture, dialogue, conflict solution, peace building, history and philosophy

He worked as a coordinator at the Ukrainian Student Euro-Atlantic Forum in close cooperation with Ukrainian authorities within Ukrainian Euro Atlantic movement organization. In 2008 he was one of 18 participants chosen to represent Ukraine in an international environmental project, ‘Challenge Europe’, organized by the British Council in 18 nations.

At Infopulse he has worked as a coordinator towards Norway and Sweden where he was responsible for the development and implementation of inter cultural trainings for Ukrainians and Norwegians in Kiev. 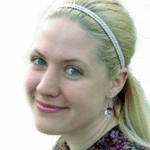 Educated in language and literature science at the State University in Moscow with Norwegian as major subject.

She has participated in various projects related to Norwegian culture, literature and language in Russia. By being in the center of the Norwegian community in Moscow she has learned a lot about Norwegian and Scandinavian culture, way of living and thinking, as well as the cultural differences between Scandinavian and Slavonic peoples.

She has studied at the Nansen Academy in Lillehammer with people of all ages and with different cultural and religious backgrounds . She focused on the school’s humanistic ideas on how to reconcile and create understanding across of cultural and language differences.

She has worked as an interpreter and translator and Norwegian teacher for children and adults. She has worked as a secretary at the Norwegian Embassy in Moscow and assistant in a joint project between companies in Norway and Russia in the construction industry.